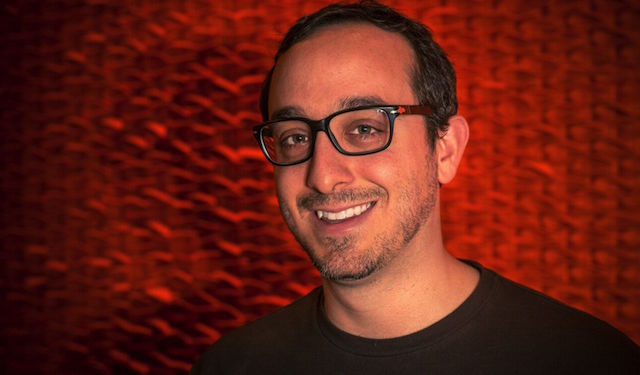 Who is Jesse Averna

Jesse is a four time Emmy winning editor, affiliate member of ACE, and a rabid Star Wars fan. You can follow his ever updating reel and see what else he is working on, including his own film, here: www.iCutFilm.com

You can chat with him every Wednesday night on Twitter for #PostChat.

Or you can bug him anytime on Twitter here: @dr0id.

What is your schedule while you are editing and what does an average day look like?

An average day is hard to define. It depends what season of the year it is. The show requires year round work. My year is broken up into three phases. The first phase happens as the show is being filmed. Some of the content is designed to be a certain duration. I am sometimes brought onto the set to rough-cut as they are shooting to help make sure the segment is coming in 'on-time'- not too long or too short.

Sesame Street is shot with three to four cameras. I help choose when and what the audience should see at any given moment. The Editor is really the final creative pass of the piece. I work with the Director, Producers and Research Team to complete the edit and enhance with special effects, etc.

The second phase of my year is QC'ing. Sesame Street is comprised of different shorter segments to make the whole. What we call 'magazine style'. Most of those pieces are filmed and edited by us, but some are also commissioned from filmmakers and other content creators. For instance, every show has a letter and a number of the day that is highlighted through several segments. Some films supporting the letter and number are commissioned. I run them through a quality control to make sure they meet Sesame and our distributors' standards.

Once every segment of the show is built, edited, color corrected, mixed, sound effects and score added, and finally QC'ed- the third phase of my year begins: building the broadcast shows. Each show is built around a theme as well as a letter and number of the day. Every piece of the show is designed to support and build around that theme. I spend a little more than a third of my year working with the Producers to build the final deliverables. Once the Domestic show has been sent to Broadcast, I move on to building the International version.

What do you look for in the rushes of Sesame Street that differs from something geared towards adults?

Nothing. The process is near identical. The Director chooses his/her buys and alts. I start with those and sometimes move into additional material if needed, but that is fairly rare. Story dictates all. Ours just happen to involve a three and a half year old monster and a vampire who loves to count.

How do you find the grammar of editing different when editing a show for children in comparison to editing something for adults?

I guess the notable difference is with the added pass and influence of our Research Team. Everything is vetted through them with the intent of being the most beneficial and educational as possible. In terms of grammar, Sesame Workshop has a bit of its own language in terms of what segments are named and how they are referred too. Much like you find in any production that produces this volume of material for such a long duration.

Do you find with the influence of things like YouTube and the internet that your approach to pacing for children has sped up or do you find that since the children are so young you need to slow the pace of the story?

Sesame Street has always been groundbreaking and experimental. The iconic bits remain true to their roots, but Sesame has always been innovative. YouTube and the Internet give another outlet for families to find and watch the show. Since our broadcast show has a lot of shorter pieces, they play well on outlets like YouTube.

For actors, emotion comes from facial expressions and the eyes, yet with many puppets these features might not be alterable. Do you find you might have to create an emotion in the cutting room and if so how do you do this?

The puppeteers really do create something magical. They turn an inanimate object into a living, breathing, believable person. Every angle is crucial in terms of maintaining that believability and to keep the illusion alive. No doubt the magic is in the performance, we aid in keeping it real.

What are the benefits of cutting puppets as opposed to human actors?

Well, one benefit is that puppets are arguably more adorable. Seriously though, the Camera and Post handle them as if they were human actors. A benefit I've experienced is that it's a little easier to loop when needed. Also, I don't have to worry about cutting on the actors blinks ;).

Shows such as Sesame Street are geared towards educating, how do the lessons for an episode change your approach to editing?

The educational elements are the number one priority for the show, followed closely behind is entertainment value. I'm given freedom to try things editorially and with special effects. I always get a first pass of the 'Street Story'. I make it how I see it best, based on what the director wants and with my added touches. All of that is based on telling the best story possible. After that cut, it's shaped and reshaped to best meet educational standards and our audiences' age group. That being said, co-viewership is what Sesame is always aiming for. Kids watching with their parents and both being entertained.

You’ve moved into directing shows for children, what have you taken from the editing room to the director’s chair that has helped you in working with puppeteers, actors, and children?

The biggest thing I've taken from the editing chair has been the confidence that I've got what I need on set. Meaning, I don't need to shoot something three sizes, five ways and figure it out later. Honestly, it's the Pre-Pro. Having spent so much time working out my storytelling muscles in Post, it's helped me make decisions for shot lists etc. and know what I need for the moment we are in. Options are always valuable in Post, but going into a production with the shots and cuts mapped out in your head brings some comfort and calm to the set.

Both tasks, directing and editing, take unique skills that I can't downplay or equal to each other. But, they both exercise your storytelling muscles. How do I best tell this story? What should we be seeing at this moment? What are the pace and tone of this scene?

When you became a father did you find that this influenced or changed your perspective with working on Sesame Street?

It has easily become my favorite part of my job. Being able to screen material with my daughter and to see what makes her laugh is incredible. She has been a nice reminder of who is viewing what I'm working on. If having a kid has done anything for me regarding my work, it's kindled the fire in my belly to make the show the best possible show that I can. This show is important, and I owe it to the performers, the crew, my daughter and all the other kiddos to do my absolute best on every segment that passes my desk to help them grow up smarter, stronger and kinder.

What’s your favorite Sesame Street segment that you have cut?

Oh man, that is hard to say. Here's a couple from this season, but there are so many that I love:


Janelle Monae- Power of Yet

Super Grover Helps a Duck to a Party

Star S'Mores (I did the first pass on set of this for time. I wasn't the final editor on it, BUT StarWars!)

Bonus Question: What advice would you give young editors/directors just starting out?

Be the hardest working, most dependable one in the room. Make that your focus. Take advantage of the time you have before you become an Editor or a Director. It's valuable time. Instead of having the mindset that you are a director waiting to be discovered, be the best PA or intern anyone has ever seen. Learn and make mistakes. Volunteer and take risks. Prove to yourself what you are capable of. People want to work with not only talented co-workers, but people who they can trust and lean on and have been through the muck and know how to get through it. Spend some time in the muck. Become an enthusiastic problem solver.