Gordon sits down with Jody McVeigh-Schultz, to discuss the making of his film Echo Lake. Jody was the writer, director, and editor of the feature film.


Echo Lake is the story of Will, a 30-year old, functioning alcoholic, struggling with adulthood. When his estranged father dies, Will inherits the family cabin in the Sierras and with it a new perspective on his family, childhood, and habit of sabotaging relationships.

You can see the film in Calgary for the CIFF on Sept 28 and Oct 3, get your tickets here. 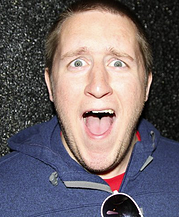 Jody McVeigh-Schultz
Jody grew up near Philadelphia and attended USC for film production. In the past, he has worked in film and TV as an editor on everything from breakout reality hit Duck Dynasty to social justice documentaries to horror films, most recently editing Comedy Central’s Drunk History. He also recently completed his directorial debut with the feature film "Echo Lake" which is currently making its festival run.

Currently being transcribed. Please come back soon for the full transcription.

Other Aotg.com Content
comments powered by Disqus
SUBMIT A LINK