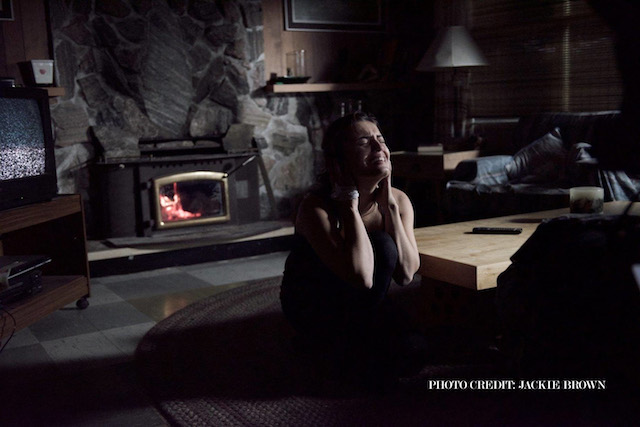 ‚ÄòTear Us Apart‚Äô is a psychological thriller about a young couple who are taken to a cottage in the woods for counseling following the disappearance of their daughter and who struggle to identify what's real and what isn‚Äôt. Crafted by the incredible writer John Kelley, produced by the unstoppable Francesco Loschiavo and directed and edited by yours truly (Devin Clarke).


I think the biggest story challenge we faced was how to present the protagonist as losing her mind but still keep it unclear if it was her or her circumstances causing this break from reality. While I tried to figure that out we also had to figure out how to make the movie with no money.


Movies are collaborative process but if you decide to go out on your own and make your own film, expect to spend hours days, weeks, months and years alone in a dark room. We were lucky we had major help with cast and crew working for below the normal rate, food from Penthouse catering, locations donated and Urban Post production finishing. All of that is what made the film possible. But even with help, without the budget to pay for labour, you do most of the work.


Editing the film I had just directed was the most challenging thing I‚Äôve ever done. Not only did it force me to see all the shortcomings of my own directing ability, it also invoked a fear of creating something and being judged for it. 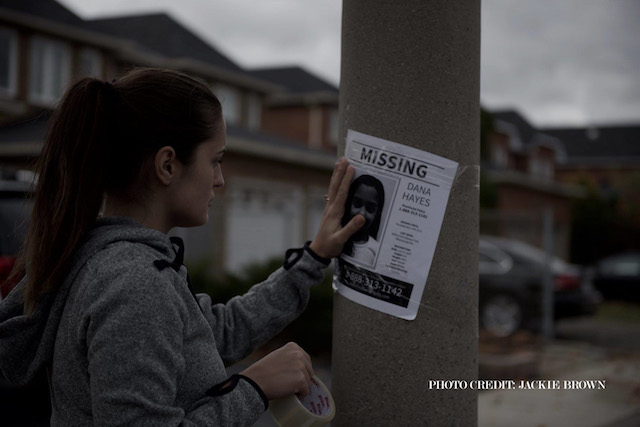 After 18 days of shooting I had 6TB of footage of my directorial debut. It was, in all honesty, totally overwhelming. When you see an out of focus shot or wish you had more coverage, you can only blame yourself. I think the first major challenge was to just let go.


As the director I had all these ideas of what my vision was, the meaning in each scene, and what the actors‚Äô characters were, plus, all the production stuff of just moving people from place to place, providing lodging, feeding them, etc. Francesco fielded as much as he could thankfully, but I still ended end up wearing a lot of hats. I‚Äôd catch myself thinking, ‚ÄòWe were late for lunch on this scene‚Äô and ‚ÄòI was hiding in the corner just out of shot‚Äô.


What I desperately needed was fresh eyes. And luck would have it a talented editor had agreed to edit the project. It gave me just enough time to do all the assisting work, organize the footage and bins and take a much needed break. As the other editor began cutting scenes, I flew up to my dad‚Äôs ranch in the interior of BC and spent the summer shooting a short film. It worked well because the editor was going to do a first cut.


Half way through the summer the editor had to quit for personal reasons. There was no money to hire another editor and the job was left to me. At this point I had cut a ton of small documentaries, corporate videos, my own short films, and had been an assistant editor for 5 years in Toronto where I cut any scene I could get my hands on for those productions. I had studied, read books and gotten feedback. But I had never cut a feature. 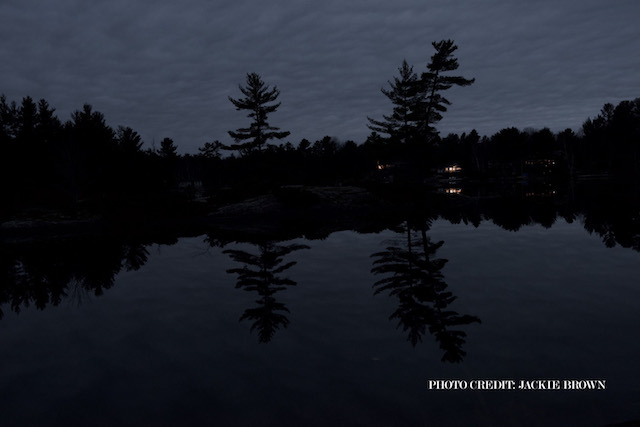 My approach was pretty standard. Start at the first scene, watch the footage, mark the moments I liked and assemble the scene then move to the next scene. Repeat. I tried to move quickly through it, trusting my instinct, picking my moments. My goal was to assemble a rough cut and get a feel for the story and the characters that I had captured.


It took me a couple of months to get through it. We moved to the US for my wife‚Äôs job and needless to say there were lots of distractions. Watching the first completed cut was probably the most gutting experience. Having edited each scene, I had just assumed it would all work together when assembled. I was wrong.


It was slow, unconnected to the story, the sound was a mess, and worst of all it wasn‚Äôt making sense. It had taken on a life of its own. And it was very apparent I didn‚Äôt know what that was.


I was taking drawing lessons at the time one night a week, and they have a special technique. When copying an image turn it upside down and copy the unfamiliar lines. It‚Äôs a technique to give you fresh eyes! I did the film equivalent. I re-cut the entire move out of order. I made sure each scene was far enough from the last scene I cut to ensure distance from it. And after I cut it I went through and made sure the audio was working and telling the story. 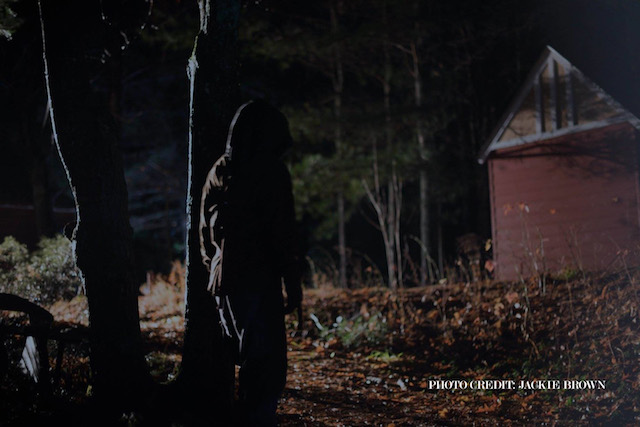 The new way I approached each scene was this: I wrote ‚ÄòIt‚Äôs all about Helen‚Äô on a post it note and stuck it above my monitor. I would carefully watch Helen‚Äôs (Elma Bagovic) performance. Note how she comes into the scene, each beat that builds to the climax of the scene, and the exit. Asking, what is the best part of this scene? How do I emphasise it? This is a journey of Helen‚Äôs mental state, so I wanted to get that down first. Using the script as a guide for tone, I would select the takes of her that matched. Then I would watch all the other coverage -- takes of Dr. Stevens (Sean Ballantyne) and Drew (Michael Lipka) -- and see what of these shots and coverage would lift the moments I already had with Helen.


The process was time consuming, and sometimes surprising. Letting the footage tell me what it was instead of me telling it what it should be made all the difference. And the results were inspiring--every single scene worked better. Now there was an emotional connection with the characters. And the story was really taking shape.


I remember sending that cut to my collaborators. It was really exciting because, for the first time, we had a real, live working movie. The downside of cutting a movie this way is your sequences are a mess. I wasn‚Äôt watching them in order, the build up of moments and transitions had been ignored.


So I recut the whole film again in order this time making sure the sequences where building in tension and the transitions where working. Then I screened that with the team.


My cutting style up to this point was a little choppy. This could have been from my corporate video editing days, or the need to work in all the coverage we had. But it was around this time that I realized the power of a shot, one single shot, was much stronger than several shots. I re-watched the movie and marked every moment that was powerful.


I went back into the edit and recut the whole movie to these new beats, elongating moments of tension and character building. And it was at that moment that I found what I was looking for the whole time. Helen‚Äôs intensity and frustration through these powerful shots allowed me to manipulate the audience‚Äôs perception of whether she was connected to reality or not. 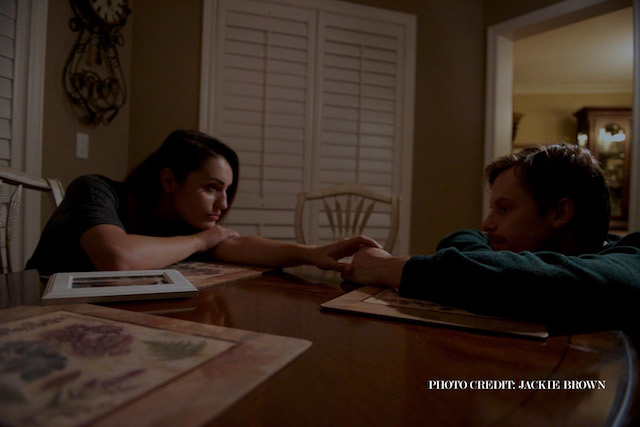 All this time I was using generic scary Halloween soundscapes. It was a crutch to have something in there to feel the mood. I wanted to leave room for Kevin Wideman to score the film. I spent weeks looking for new music and sending them to Kevin and talking about the feel. He was also sending me different themes and pads that I could lay in and show him what I was thinking.


Kevin‚Äôs music changed it again. There was a certain quality to it that screamed thriller. And I used the theme music he had written as a guide track as I went through the film and polished the timing. Just by the tone of the music playing under a long shot I could manipulate the feeling of the scene. This further dialed in Helen‚Äôs questionable hold on reality.


My fresh eyes were gone and my techniques were exhausted, but the movie was working. This was a major achievement. Then my collaborators and I did notes. Their fresh eyes really helped flush out moments that had issues. Everyone had a different perspective and I was up for changing anything that made the story better. We tried everything just to test it. Does it work better if we cut this scene? Trim here, more of that there‚Ä¶ I sent it to some trusted people in the editing world and went through their notes too.


By this time, it felt like I had cut five features and could dial in the performance and tone easily. With the help of the notes I could see what people were bumping on and change it.


And then it happen‚Ä¶ we locked TUA. My first feature film. It was surreal because this was my dream since I was eight and it just happened. I didn‚Äôt know what to do with myself. I had never expected to edit when we started Tear Us Apart. And I had no idea how making this movie would affect me mentally, physically and emotionally. 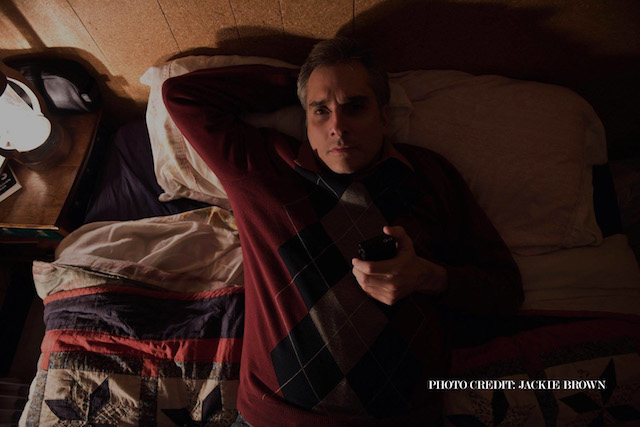 It was an exhausting, crazy, insane experience. But I would do it again. I have learned so much from doing it that I feel like I‚Äôve earned a PhD in filmmaking. And my directing and editing skills have vastly improved.


The biggest lesson for me was how to live free creatively. To let the negativity of self doubt fall away and replace it with faith and gratitude that it will all work out. Do that and it won‚Äôt matter how many times you have to cut something or what notes you get. It will just be a part of the process of learning and growing.


All this is only possible if you surround yourself with good people. I‚Äôm so honoured to have worked with all of my collaborators and all my friends who have helped along the way.


Thank you my love, Lauren Norman, for all your encouragement, and to Francesco Loschiavo, John Kelley, Paul Whitehead, Mark Arcieri and so many more. It would not have been possible without you all.